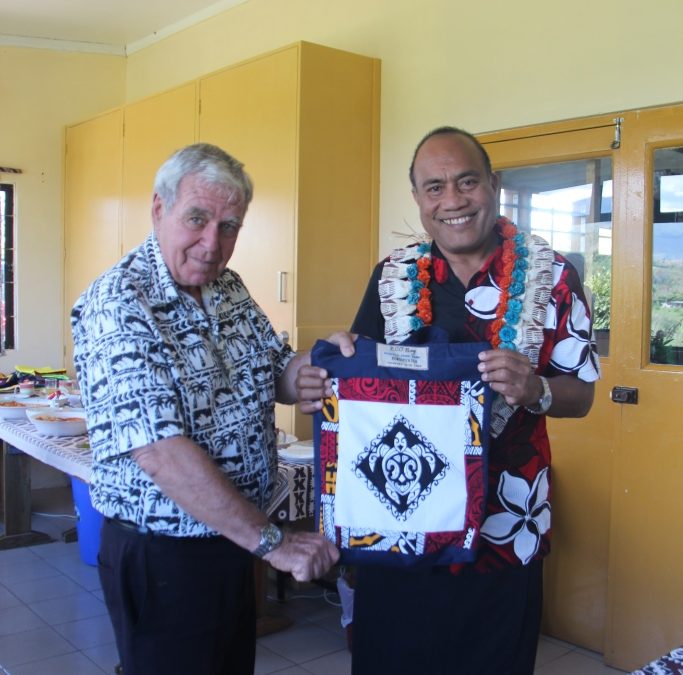 Kiribati President Taneti Maamau (sixth from left) and next to him is the founder for the Koroipita Model Town, Peter Drysdale after the tour of the Model Town on October 29. Photo: Susan Naidu

Fiji has been labelled a bigger brother in the Pacific by the President of Kiribati.

Taneti Maamau made the statement while visiting the Koroipita Model Town in Naikabula, Lautoka on October 29. This was followed by a meeting on climate change adaptation and solutions.

Mr Maamau was also impressed with the layout design of Koroipita.

“Mr Peter Drysdale designed the homes in such a way to make it more resilient in terms of climate change as well as forming up a concept in a new decorated manner, even the fire station, security and safety measures,” President Maamau said.

“I thought I might as well come because we also have township issues in Kiribati especially in the small island countries where over-population is becoming an issue and a model like this is more relevant to small island settings and he has provided a sense of hospitality.

“I haven’t seen other models and this is one of the models I have seen that is relevant for small island settings and the cost of the houses are not that very significant.”

He said the Koroipita project was relevant to their climate change issue compared to social issues.

“We are proud that Fiji has been the president of COP23 and we all backed Fiji because that was the Pacific stand and so many outcomes have been coming out from the COP23 especially the talanoa sessions and to also resolve the Blue Pacific in the world,” he said.

“It is not affecting our lands, but it is affecting our oceans and the Pacific countries are ocean people and the tension of the world is much more focused now on small island countries especially in their bid to achieve their sustainable development goals.”